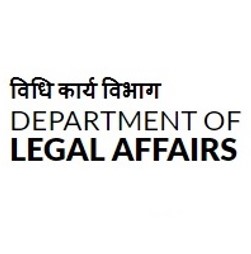 Government of India has been taking various policy initiatives for the promotion and strengthening of Alternative Dispute Resolution (ADR) mechanisms through amendment in existing laws and by enactments, for facilitating quick disposal of disputes, outside of traditional court systems. As a continuation of the exercise, bringing a standalone law on Mediation is under consideration.

Since the laws on Mediation are contained in several enactments including Rules and Regulation, it was felt necessary to ascertain the present statutory framework on mediation and bring umbrella legislation including amendments in the existing laws.

The Bill takes into contemplation the international practice of using the terms ‘conciliation’ and ‘mediation’ interchangeably. Further, it has also become expedient to enact a law in mediation on issues of domestic and international mediation as India is a signatory to the Singapore Convention on Mediation.

Accordingly, a draft bill with the objective to promote, encourage and facilitate mediation especially institutional mediation for resolution of disputes commercial and otherwise, enforce domestic and international mediation settlement agreements, provide for a body for the registration of mediators, to encourage community mediation and to make online mediation as an acceptable and cost-effective process and for matters connected therewith or incidental thereto has been prepared.

Main Features of the Bill

About the Invitation for Comments

As a further step in expanding the scope and reach of ADR, the Department of Legal Affairs proposes a draft Mediation Bill, 2021 which may facilitate timely and consensual resolution of disputes and serve the interest of stakeholders as an effective alternative remedy.

Comments and suggestions on the above draft Bill are invited from all stakeholders.

Comments/suggestions on the draft Bill may be sent by mail/email to the address detailed below:

As a part of the pre-legislative consultation process, a copy of the aforesaid draft Bill has been uploaded on the website of the Department of Legal Affairs.

The Department of Legal Affairs is inviting comments and suggestions on the Draft Mediation Bill 2021, from all its stakeholders, to further step in expanding the scope and reach of ADR.

Webinar on The Rule of Law and Access to Justice